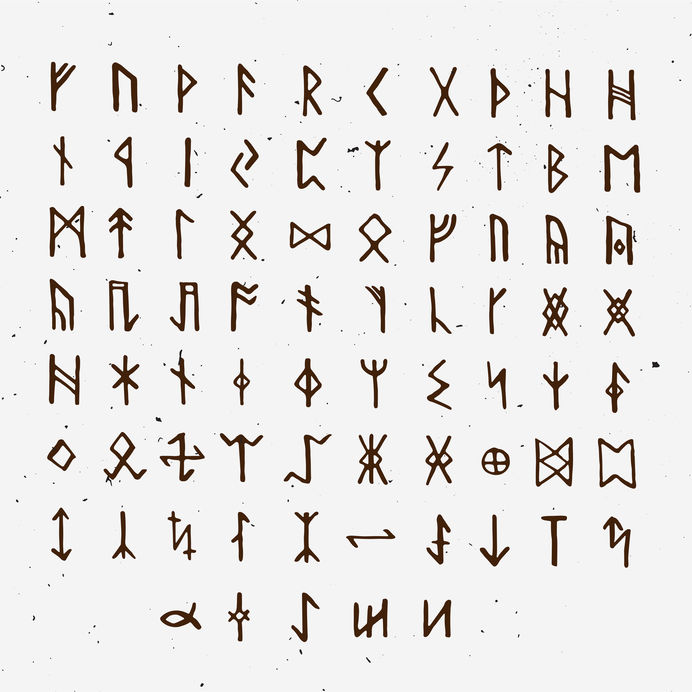 Runes consist of an ancient Germanic language and writing system used in mystical lore.  The earliest runic inscriptions date from around 150AD. Their origin is ancient and prehistoric and is derived from Nordic and German Pagan tradition, song and poetry.  The Rune symbols were engraved on stones and used for casting divination. We will also see how these ancient letters and symbols correspond to the zodiac signs.

The Rune Alphabet invention has also been accredited to the Nordic God, Odin.  For example, Michael Howard, in his book, The Magic of the Runes, mentions the ancient origins of the Runes by saying:

“The wizards who used the runes for magical purposes regarded themselves as blood kin to Odin, the Nordic God who was popularly credited with inventing the runic alphabet.  As we have seen, they were basically followers of the shamanistic tradition, which is one of the oldest, if not the oldest, religious belief systems known to humanity.”

Meaning-Negative: Failure, loss of money, property, bondage, someone or something to be avoided.

Meaning-Positive:  Journey, getting to the truth, relocation, seeing past illusions.

Meaning-Positive:  Comfort, happiness, success and recognition of worth

Meaning-Positive:  Enlightenment, end of a matter or relationship, change.

Sowilo (Norse Sunna):  The Sun, a Sun-Wheel, life-energy, revelation-contact with the higher self, wholeness.

Mannaz (Nore Madr): Man, and his connection to the Divine-humanity, the self, the world.

Meaning-Negative: Bad judgment, blockage behind the scenes, confusion, fear, obsession, a woman may be involved.