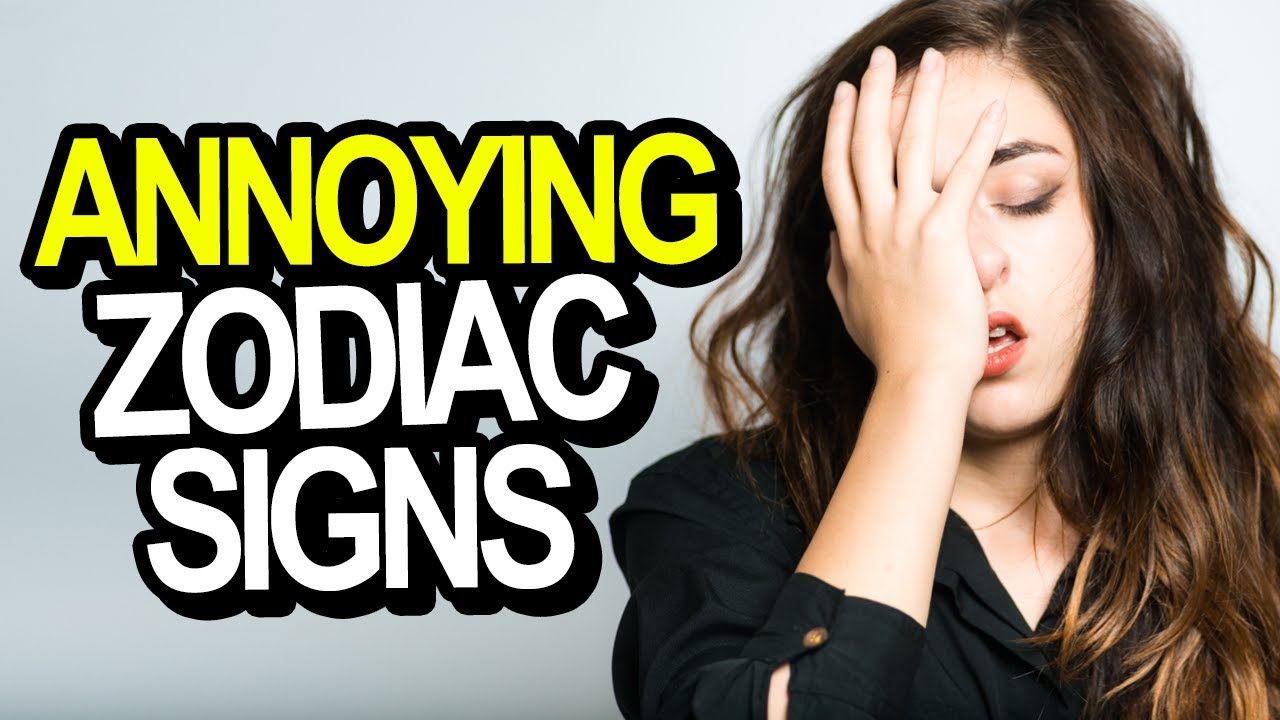 Why each of the zodiac signs is annoying as hell.

Whether it’s forgetting to put the lid back on the toothpaste or constantly leaving the toilet seat up, each of the zodiac signs has a few habits that can, frankly, be annoying AF.

Aries can be annoying because they are such a slave driver who is so unwilling to listen to a voice of reason.

Taurus’s annoying traits including being notoriously stubborn and headstrong. Good luck trying to compromise with them.

Cancers annoying habits including being moody and grump… especially first thing in the morning.

Geminis annoying habits include being indecisive and wishy-washy. They can change their mind so many times it can drive others up the wall.

Leo can be annoying when they talk about themselves for, like, ever. They can also be rather noisy and boastful creatures.

Virgos annoying traits can include being overly pessimistic and judgemental. They have such high standards that it can sometimes be impossible to live up to them.

Libra can be annoying when they suddenly decide to abandon everyone for romance. They’ll eventually return but only once the honeymoon phase has ended.

Saggitarius can be messy and rather disorganized. They like to make a big impact but as a result can create a lot of chaos along the way.

Capricorn can be annoying because they have short arms and deep pockets. Don’t expect them to dip into their own wallet too often!

Aquarius can be annoying when they are overly distant and distrusting. They can sometimes seem just plain bored when talking to someone.

Pisces can be annoying because they are such forgetful scatterbrains. They will walk into a room and instantly forget why they are even there.

The Political Views of the Zodiac Signs