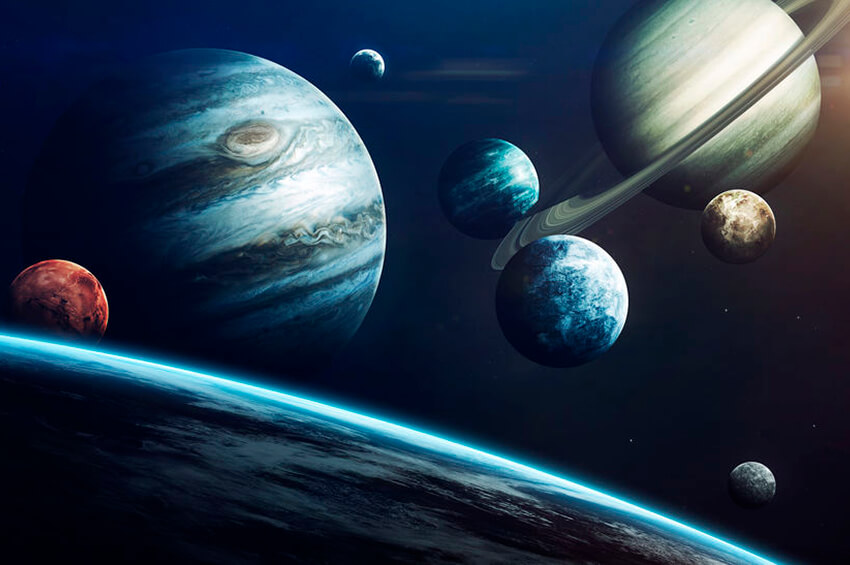 The connection between astrology and numerology is essential to the study of the planets. The belief in lucky and unlucky numbers has been much more popular than knowledge about planets and their energy. Numerology is implicit in our lives from the moment we are born; planets, however, are a distant concern.

Our approach to numbers, according to numerology, embodies well-defined archetypes. Each number possesses a vibrational frequency; an energy that awakens specific talents and tendencies in each individual. This energy is interconnected with the universe, and thus with sacred geometry, planets, signs, tarot, colors, precious stones, and so on.

Numerology and planets: The hidden number of each planet

Astrology divides spiritual learning into twelve houses, and their energies into 12 zodiac signs. In turn, each planet synthesizes and enhances that energy. In this way, numerology and astrology are closely related. Each planet has its power, Deity, vibration, and assigned potential especially influencing each one of us.

The nine numbers and planets

One / Sun: Yes, the sun is not a planet; it is a star. It is the most outstanding star of the entire system, to the point that the whole system is named after it. Associated with Apollo, the god of prophecy, the sun represents the masculine principle, the truth, the beginning, and the astrological sign Leo.

THREE / Jupiter: Jupiter’s associated with the transmutation principle. Jupiter governed the other gods. He overthrew his father Saturn and is considered the god of lightning and thunder. It is associated with Sagittarius, freedom, changes, and independence.

FOUR / Uranus: It is associated with the principle of permanence. He is the god of heaven and was the father of the Titans. Uranus is related to the sign Aquarius and represents intuition and renewal.

FIVE / Mercury: The messenger of the gods. Mercury is related to the principle of exchange, androgyny, and the interaction of both genders. Intelligence, understanding, and communication are the characteristics commonly associated with this planet that governs Gemini and Virgo.

SIX / Venus: Principle of rest and movement. Venus is associated with the goddess of beauty and sex. As the mother of Cupid, Venus is connected with the energy of fertility, beauty, Taurus, and Libra.

SEVEN / Neptune: The principle of time and space is associated with the ocean god’s planet. Spirituality, the unconscious, introspection. Neptune’s the ruling planet of the Pisces astrological sign, the most emotional and idealistic of the zodiac.

EIGHT / Saturn: The father of all other gods, Saturn represents the principle of evolution and involution. Cooperation, moderation, and distribution of justice are the characteristics associated with the energy of this planet. Saturn governs the Capricorn sign: disciplined and stubborn.

NINE / Mars: Mars is the principle of action and the relationship between thought, action, and its consequences. Mars, the god of war, was the protector of soldiers. He is associated with Aries’ bravery, impulsivity and spontaneity.