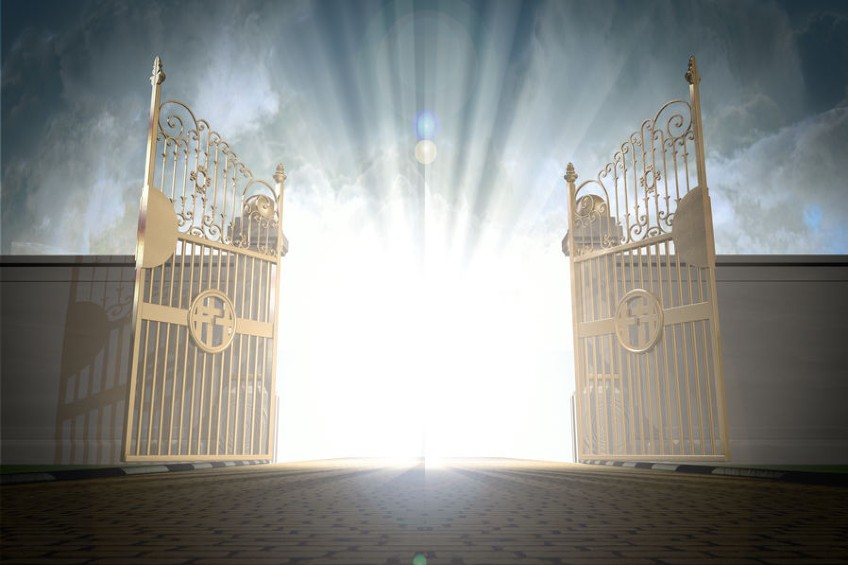 The Concept of the Universe and Angels at Different Levels

From the conception of the Universe rose the idea of the seven “levels of reality”.  These seven levels of reality correspond with the seven celestial realms of the seven heavens.  The ordinary level of humanity’s experience was referred to as the “sublunar” realm.  This refers to the level below the sphere of the moon.  Another popular theory was derived by considering the earth itself as well as the sphere composed of the fixed stars constituting distinct levels.  Like Dionysius’s schema of the nine orders of angels, the angels here are also arranged in a hierarchy corresponding with the levels of heaven.

The first heaven is called Shamayim and is the lowest heaven.  It borders the earth and is ruled by Archangel Gabriel.  It contains clouds, the winds, the upper Waters, and is home to the two hundred astronomer angels who preside over the stars.

The Seven heaven is called Raquia.  It is ruled by the angel Raphael. According to Enoch, it is within this heaven that the fallen angels are imprisoned awaiting final judgement in complete darkness.

The Third heaven is called Sagun or Shehaquin.  According to Enoch, hell lies within the northern boundaries of the third heaven.  Sagun is ruled by Anahel, and is the residence of Izra’il, the Islamic angel of death.  It is here that the wicked are tortured by angels.  In the southern regions, there exists a bountiful paradise, thought to be the Garden of Eden, where the souls of the righteous will come after death.

The Fourth Heaven is called Zebhul or Machanon.  It is ruled by Archangel Michael.  This heaven has been said to be “the site of heavenly Jerusalem, the holy Temple and its Altar” (Goodwin, p. 122). It is here, according to Enoch, that the Garden of Eden is actually housed, not in the third heaven.

The fifth heaven is referred to as Machon or Ma’on.  Machon is the home to God, Aaron, and the avenging angels.  The northern boundaries, said to be ruled by either angel Sandalphon or Samael, is home to the fallen Grigori, also known as the watchers.  In the southern regions reside the ministering angels who endlessly chant the praises of the Lord.

The sixth heaven is called Zebul or Makhon. It is ruled by Zebul at night and Sabbath during the day.  This stormy, snow-ridden dwelling is home to the seven phoenixes and the seven cherubim who sing the praises of God.  A multitude of other angelic beings also resides here who study an array of subjects including astronomy, ecology, the seasons, and mankind.

The Seventh heaven is called Araboth.  It is said to be the holiest of heavens.  Araboth is ruled by Cassiel.  It is home to God on his Divine Throne.  It is also home to the highest order of angels—the seraphim, cherubim, and the thrones.

5 Signs Archangel Gabriel is With You & Reaching Out!