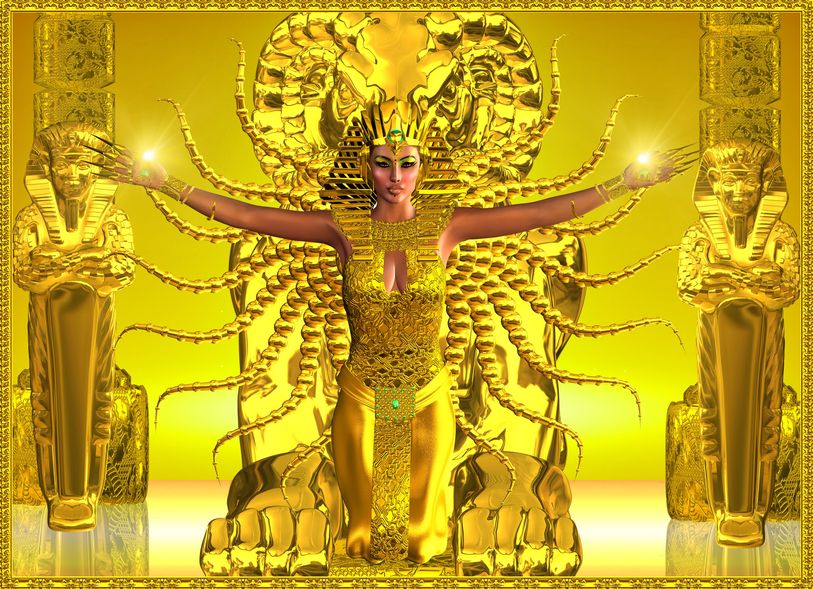 Did Egypt have witches?

Egypt is no different than any other civilization in ancient times. There are lots of historical facts that show that the Ancient Egyptians actually practiced several forms of witchcraft.  In the days of the Pharaohs, the ones who practiced magic were the priests.

The commoners revered the craft instead of fearing it.  These priests were part of everyday life and seen as a necessity, rather than a feared cult.  Egyptian witchcraft was called upon for healing, problem-solving and in the days of plagues and pestilence, these witches were held in very high regard.

The roles of Egyptian Priests and Egyptian Witchcraft

These priests were the guardians of the Gods’ wisdom and knowledge, they could control the weather, test the hand of fate, and sometimes even ward off death. They were charged with protecting royalty and seeing they were guided through life and prepared for rebirth in the after-life.

From Priests to Witches and Sorcerers

By the end of the first century BC, Egyptian Witchcraft was no longer practiced by only priests; sorcerers and witches now welded this magic to help and heal the masses. It was not a male predominance; the wise women became consultants if a person or a home was thought to be possessed by spirits and causing troubles.  Nurses and midwives had magic to help in childbirth and for the sick.

All throughout Egyptian society from the dawning of their civilization; Egyptian magic and witchcraft played an important role. There were no covens as are today.  Also, the magic varied almost from witch to witch. There were different rituals for different magic according to what deity, god/goddess they were connected to. For they believed this connection to them is what gave them the power to wield divine magic.

Spells and rituals along with amulets, wands, and charms adorn every witch that practiced the art. The Book of the Dead was their Book of Shadows; a collection of different spells for all needs. It was thought that they have a collection of books of spells.

It was the mythical Egyptian magic known as “Heka, that was used by the creator god to make the world we live in. Witches believed that they could tap into this powerful magic for manifesting their own desires.

With only a very small portion of the population being fully literate, written magic was revered as the highest form and could only be wielded by those that the gods favored by giving them the ability to read and understand.

Any written spells were considered a priceless possession by the family that owned or possessed it, and it would be handed down through the generations within that family. These papyrus scrolls were sometimes folded and worn under their clothing for protection and guidance.

Those that did gather together to practice Egyptian witchcraft, would do so in the moonlight or starlight. As they saw these as great magnifiers of their power and the energies of their heavenly bodies. These gatherings were called Moon celebrations or Esbats. The observed all phases of the Moon.

The gatherings where the practitioners of the Egyptian witchcraft carry out magic are known as Esbats or Moon Celebrations. These celebrations take place during the different phases of the moon and this is the reason why they are known as moon celebrations. During the Esbats, the practitioners perform protection and healing magic and they also channel the energy for the purpose of developing themselves spiritually.

They were not unlike Wiccans, Pagans, and Witches from everywhere else in time and space.

It is said that the Ancient Egyptians were the first civilization to organize and practice Witchcraft.

Doing a Yes/No Divination Yourself

The Rise of Celtic Divination