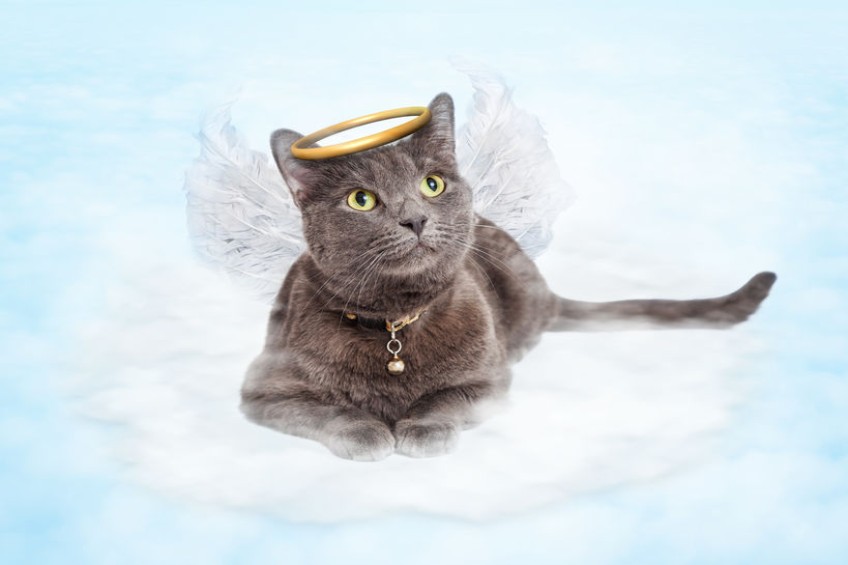 Cats were worshipped by the ancient Egyptians.  They worshipped the cat looking like God, Sekmet.  Perhaps the ancients knew the spiritual sacredness of the feline and its connection to the Gods.  Perhaps cats also serve as angels.

Cats, Angels, and the Spiritual World

Cats have extrasensory abilities that help them connect with the spiritual world.  A cat is a natural empath who absorbs energies from those around him.  A cat can serve as a protector of the spiritual energies that inhibit a home or place.  Cats often exhibit an angel-like presence for their owner, helping them feel comforted in troubled times.  The purr of a cat is therapeutic in nature.

The Lyrans and their Connection to Angels

The Lyrans are an ancient race consisting of a human and feline hybrid.  There is a lot of speculation around this ancient extraterrestrial type race.  It has been said these beings are originally from the Sirius Star System and the star system of Lyra but exist in other star systems as well.

The appearance of these feline extraterrestrials can be similar to earth felines.  They have been described as bipedal cats or human-cat hybrids.  This species has taken on forms similar to lions and can be anywhere from 3 to 8 feet tall.  Their skin has been described as covered by a sort of soft fuzz, with both males and females having long manes of hair.

The Lyrans possessed great psychic and spiritual abilities.  They evolved billions of years ago from quadruped cats to bipedal large cats.  Later feline species were genetically mixed with humans and have half-human bodies with cat features such as tails and feline facial characteristics.  These hybrids have been said to exist within different levels of spiritual dimensions.  Some have been said to be shapeshifters, no longer requiring what we perceive as a physical corm, but shifting themselves to appear as their original feline form.

Highly telepathic, these beings are visionary and advanced creators.  They are attuned to higher frequencies, and able to connect with other forms of higher consciousness.

These feline extraterrestrials have been reported to be curious, adventurous, and creative.  Capable of great relaxation and deep meditation, they spend a lot of time in solitude.  Independent, yet capable of forming close bonds with others.  They can be quite serious about their objectives, yet playful, fun-loving, and mischievous.

Lyrans like to explore different aspects of the universe in comfort.  They need both comfort and stimulation.  They focus on their personal growth and stimulation.  Their evolving consciousness and creativity helps them inspire new ideas.  Like angels, they are capable of moving energy in new directions to promote states of tranquility.

There are millions of feline souls incarnate here on earth now.  They are here to bring a creative spirit to new levels of humanity.  Each of these unique souls brings its feline energy to the planet.  It’s undeniable to see the relation between cats, the ancient Lyran race, and spiritual beings such as angels.  Each cat can be seen as serving as an earth angel to its owner and within their home.

Instant Aura Cleansing – Do This Now!

Things I Did That Opened My Third Eye

Peter and the Angel