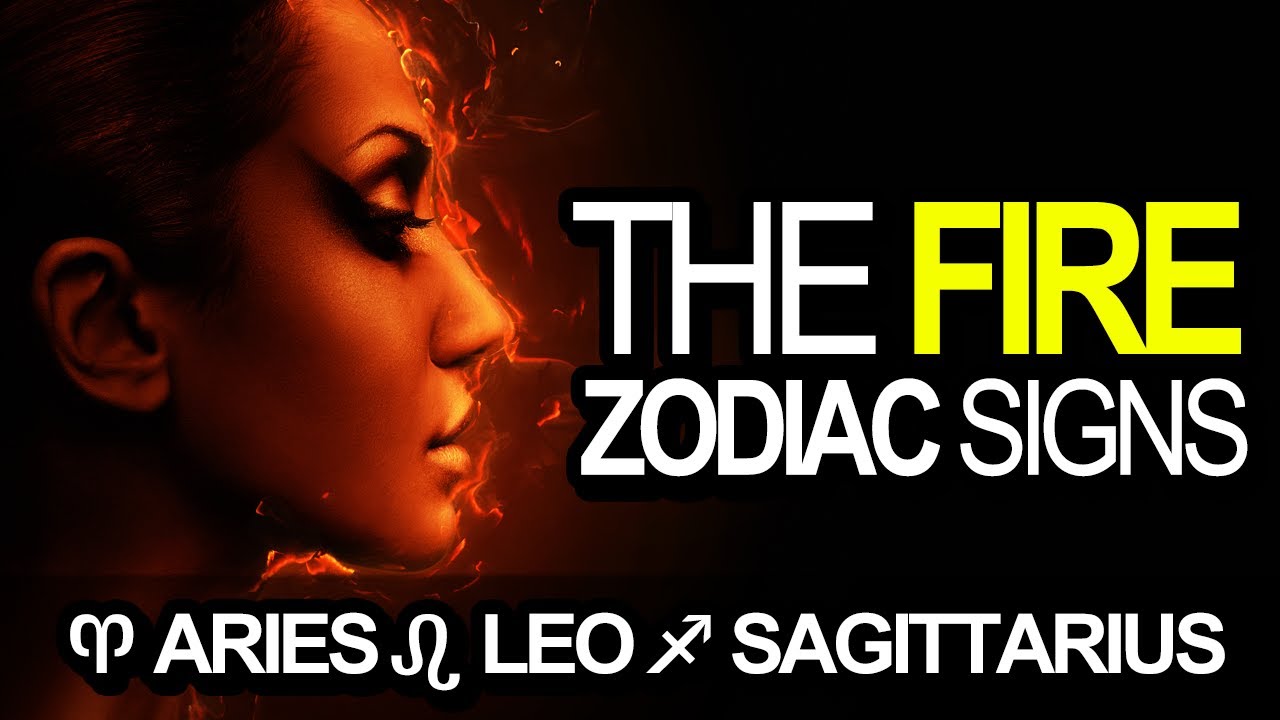 Revealing secrets about the FIRE element zodiac signs. What do Aries, Leo and Sagittarius all have in common? They were all born under the Fire element of course. The fire zodiac signs are capable of bringing color into an otherwise black-and-white world. They can be the source of enormous creation but also of great destruction. In this video, we’ll be taking a closer look at exactly what it means to be born under the fire element.

Fire zodiac signs like to live in the moment and are known for their spontaneous nature. They don’t like to do things in half measures and when they become focused on something they can become utterly obsessed. They’re also sassy-as-hell and they aren’t the type of signs who beat around the bush, instead, they just tell you exactly what they think. They have the ability to burst into flames at any given moment so they’re not the type of people that you want to mess with.

As a result of the fire element Aries, Leo and Sagittarius also have a sixth sense for spotting killer opportunities. They are natural-born risk-takers who are willing to roll the dice when they feel it is necessary. Sometimes however, they can be such prideful creatures that they struggle to reach out for help when they really need it.

21 Secrets of the LIBRA Personality