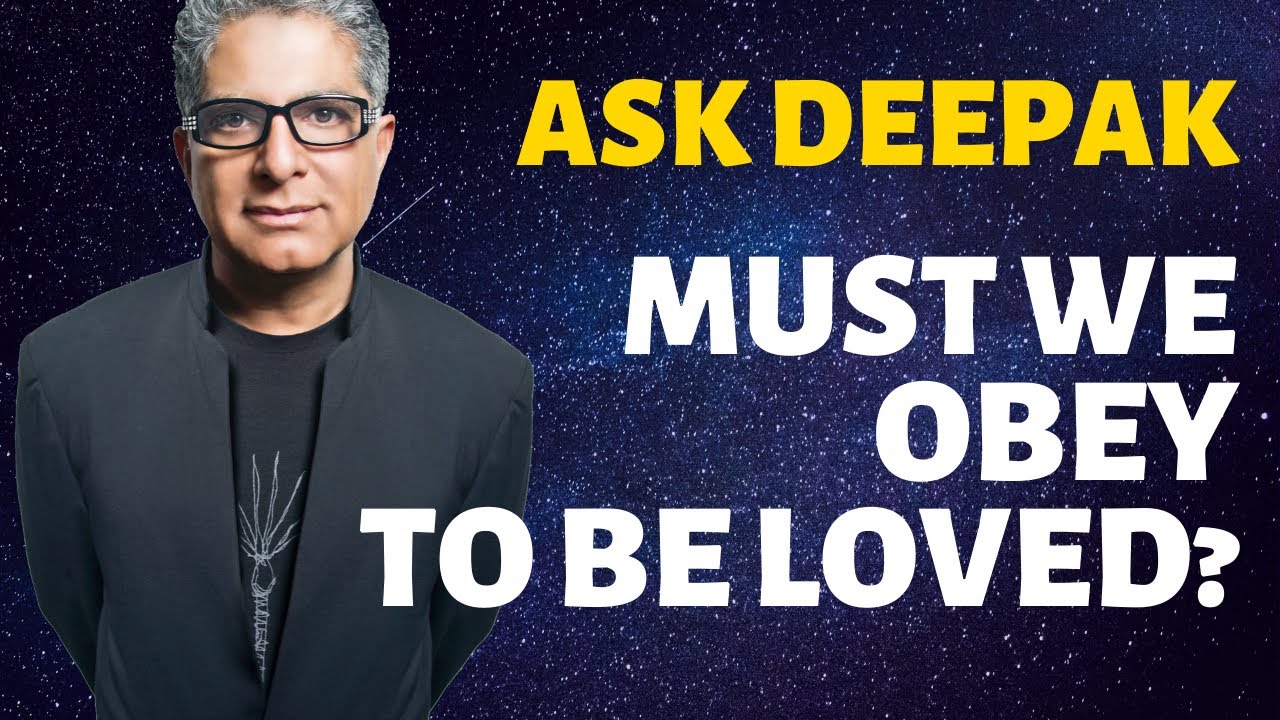 Deepak Chopra addresses the question, Do we have to obey God in order to be loved by God? In a similar vein, why do good people suffer? In many depictions, God is the protector who we both love and fear.* Deepak gets at this question from the Biblical story of Job. In the story, Job is tested for his faith. Through trials and tribulations, he emerges as a seeker. Job is a reminder that human beings have these questions for centuries. Deepak says we must move beyond Job’s predicament in order to approach a deeper truth.

ASK DEEPAK is a daily show featuring reflections, thoughts, and inspirations on big questions and current events from writer and philosopher Deepak Chopra. What would you like to Ask Deepak? Leave your question in the comments below or upload a response video.

THE CHOPRA WELL is a new Youtube channel created to encourage people to live healthier, fuller lives, and to be more aware. Deepak, Mallika and Gotham Chopra, along with other friends and experts, join together in this inspiring project for personal and global transformation. The channel features daily shows about spirituality, wellness, healthy living, humor, and much more.

What Are The Seven Principles of Manifesting Your Desires? Ask Deepak Chopra!

What Can Make You Irresistible? Ask Deepak Chopra!