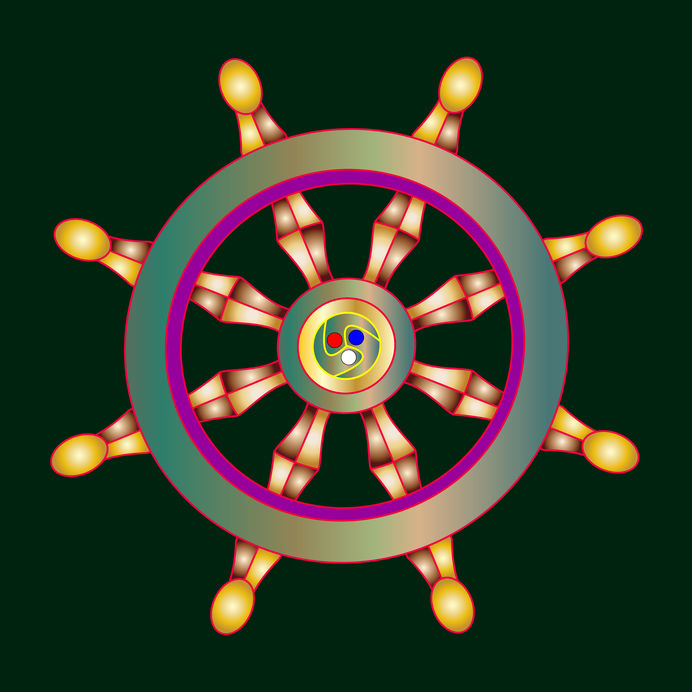 The Chakra System is traditionally credited to ancient Hinduism.  However, there are several other chakra systems in existence. Some of the chakra systems originated from the Hindu system, while others developed on their own.  The Mayan chakra system professes to be the source of Hindu chakra system. Some of these other energy systems allude to chakras and energy bodies, while others have their own unique perspective.  Here, we will look at the Tibetan Energy System, also known as the Himalayan Bonpo Chakra Model.

The Tibetan Chakra Energy System: What is The Himalayan Bonpo Chakra Model?

This energy system originated from the Tibetan Himalayas.  This model was advocated by teacher Tenzin Wangyal Rinpoche.   Within this system, there are six major life energy centers, each considered to be pranic.  The chakras, or energy centers, are located at the bottom of the feet, four inches below the navel, the heart, the throat, and the top of the head.   Each energy center is linked to one of the six realms of existence, or lokas. Each chakra represents an element and a loka, or realm of existence.  Each chakra is associated with negative emotion. However, each chakra is also associated with a positive Buddha who can purify or counteract the negativity of the loka.  Healing is achieved by visualizing the primordial syllable “A” (pronounced “Ah”) as the representation of all possible buddhas, while simultaneously chanting a mantra containing the syllables of the buddhas of the six realms.

This Tibetan system teaches that one can tap into these energy centers through yoga and meditation.  This system also originates from the ancient Tibetan religion of Bon and has evolved over time. Bon teaches that the ultimate achievement is to obtain a “rainbow body” at death.  Similar to those found in other healing energy systems, Tibetan healing focuses on the five elements of subtle energy. Each energy is referred to as a pure light and corresponds to a color.  The elements and their colors are:

Healing is accomplished by striving to obtain a balance between these elements.  One way to help clear a chakra and improve pranic flow is by working with seed syllables through chanting and visualization.  Along with this, the practitioner can visualize the element and Loka syllables for each chakra. Quality of life and spiritual growth can be achieved by focusing on positive perceptions, rather than negative emotions.

2020 ENERGY FORECAST – A YEAR TO BUILD YOUR DREAMS